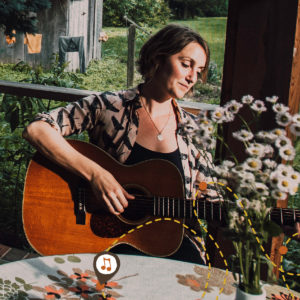 Joan Shelley is a songwriter and singer who lives near Louisville, KY, not far from where she grew up. She draws inspiration from traditional and traditionally-minded performers from her native Kentucky, as well as those from Ireland, Scotland, and England, but she’s not a folksinger. She’s not so much a confessional songwriter, although her fifth and newest album, Like the River Loves the Sea, gets closest to such subjectively emotional impressions as perhaps any album to date, and she sings less of her life and more of her place: of landscapes and watercourses; of flora and fauna; of seasons changing and years departing and the ineluctable attempt of humans to make some small sense of all—or, at best, some—of it.