This week, we look into the inspired pairing for the Curation 2018 Sunday Dinner: Fresh, innovative Northwest cuisine from Chefs Lauren Breneman and John Boisse with the effervescent music of rising stars, Sunflower Bean.

Get your tickets to this refreshing finale of the 2018 Curation Series at the 20th annual Pickathon! 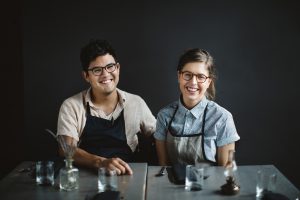 Astral began with a desire to express ideas and share inspiration with anyone and everyone who was willing to join us in the experience. The name, derived from the Van Morrison album, ‘Astral Weeks’, has remained a stalwart in our broad repertoire of musical canon. Just as the album flows from wistful, romantic and nostalgic to hopeful, energetic and free, we strive to conjure the same feelings with food, drink and community. 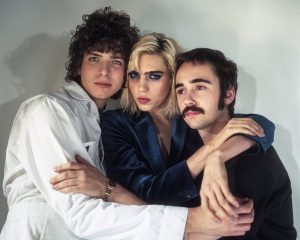 All three band members will in fact be 22 when Twentytwo in Blue is released in March of 2018, almost two years and two months after Sunflower Bean’s hazy, charming debut LP, Human Ceremony. They were two momentous years in which the trio toured the world several times over and grew in accomplishment, discovering a newly confident voice they bring to the second album, one that doesn’t shy away from the political changes and cultural shifts that have left America and the world stupefied. “This has been such an unbelievable time,” says Kivlen. “I can’t imagine any artist of our ilk making a record and not have it be seen through the lens of the political climate of 2016 and 2017.”

Read more about Sunflower Bean here and we look forward to seeing you at the Curation 2018 Sunday Dinner!