This week, we look into the eclectic pairing for Saturday’s Curation Brunch: Scandinavian influence with a Northwest twist from Chef Jonathan Berube of Radar with the Grammy award-winning Louisiana Cajun music of Lost Bayou Ramblers.

Grab your tickets soon for this memorable experience! 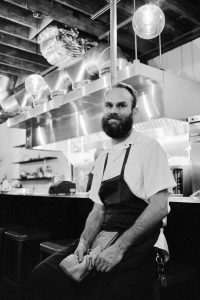 Jonathan Berube is Chef and co-owner of Radar, a one-of-a-kind neighborhood restaurant of Mid-Atlantic and American bistro cuisine on bustling Mississippi Avenue in Portland, Oregon. Chef Berube combines his culinary experience from travels around the East Coast and Europe with responsibly sourced ingredients from Oregon’s bounty, creating a unique yet approachable menu.

Berube grew up in Bend, Oregon, and his fondest food memories center around sit-down dinners at his grandmother’s dining room table. When his family would visit, he recalls finding her in the kitchen prepping large meals for dinners or stocking her pantry with canned or pickled items she prepared herself. His mother carried on the tradition of fostering conversation and connection around homemade meals at the table. This led to Berube’s instant connection with good food in a convivial atmosphere. Bend is also where he met his now-partner and Radar co-owner, Lily Tollefsen.

Berube’s first paid job was as a dishwasher. He worked his way up as a cook and grew his restaurant industry knowledge while simultaneously working on a French degree at the University of Oregon. After college, he moved to Paris to teach where he developed a deep appreciation for French bistro fare and atmosphere. Berube traveled through Europe, and briefly moved back to Portland, before moving to New York City for grad school with Tollefsen.

He began working at Tollefsen’s father’s restaurant, The Lobster Inn, in Southampton. A 380-seat seafood restaurant situated on seven acres with a marina, the clientele and sheer size of the restaurant was an entirely new experience for Berube. He went back and forth between Brooklyn and Southampton to work at restaurants within the city and experience food like he never had before, returning to the Lobster Inn in the summer months. In the city, he spent his time as a Line Cook at Brassiere 81/2 and The Grocery and Sous Chef at Picket Fence and Vellis.

The menu at Radar draws from Berube’s time in France along with his culinary vast experience on the East Coast. Both influences make Radar’s menu unique and approachable with an assortment of snacks, small plates and creative entrees.

In Berube’s free time, he often visits his parents on the Oregon coast or Tollefsen’s family on their farm near Mount Hood. He also enjoys running marathons and taking advantage of the fishing and camping Oregon has to offer. 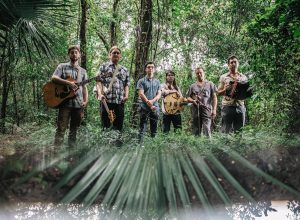 Lost Bayou Ramblers’ evolution as a Cajun band continues to excite, challenge, and redefine both genre expectations as well as cultural preconceptions. 2017 brought the release of KALENDA, the band’s second Grammy nominated album. Produced by Korey Richey, their 8th lp has received rave reviews across the music world, including features on KEXP and WXPN’s World Cafe. The bands’ performance, produced by JACK WHITE, on the 2017 documentary series and record release, AMERICAN EPIC, solidifies Lost Bayou Ramblers’ international reputation as a traditional (while extremely progressive) Cajun band. With an upcoming original score for ROUS, a world-class film about Nutria Rats and Louisiana’s coastal land lossw, and past score contributions to the Oscar Nominated Film BEASTS OF THE SOUTHERN WILD, and support slots with ARCADE FIRE and VIOLENT FEMMES, Lost Bayou continues to swing wide from their Louisiana home base.